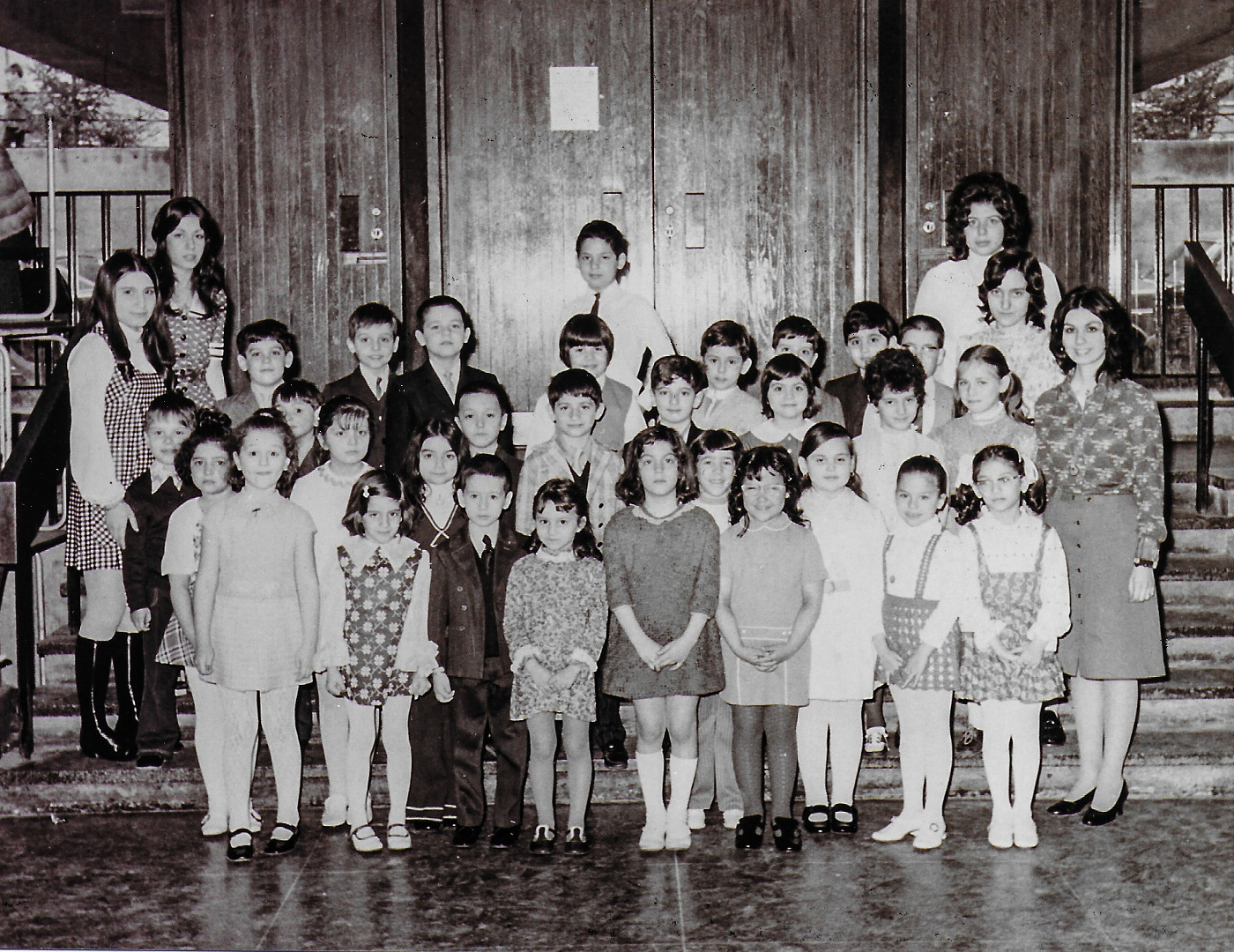 A man reports that he didn’t push his children to learn Greek.

P.Ι.: So, the story of the children as regards to Greek of course, as I said, I was unable, I didn’t pay attention and I didn’t put pressure on my children in the classic way, as most of the Greeks used to do, to transmit our race. And what I refer to as the nationalistic and racist side of this argument, of this reason, I always spoke about Greece with the best words and I always possessed books about Greece, but the language I didn’t, at least neither the first, nor my second son showed any interest to learn the Greek language and of course their mother wasn’t Greek, but the last one, who’s Byron, in ’81 she called me on the phone and this is relevant to- how I got involved, I engaged let’s say with the community of West Island, where I became secretary in the end, a lady telephoned me and she tells me why don’t you bring your child over to study Greek at the Saturday school?
Res.: Mhmm.
P.Ι.: And, and you should also become a member of the school board and I said yes, I became a member of the school board and my son, Byron, went to Saturday school for two years and for which school I was the one responsible, because of course I had the knowledge for its operation. I wasn’t the director of the school, we had another mister whose name was eh, whose name, what was his name, I’m forgetting, his name is eluding me right now, in any case I was after the school board, I entered the council as well and so I started the relationship, now Byron was coming home, almost immediately, after some months of Saturday school and he was reading a Greek book to me.
Res.: Aah.
P.Ι.: But he didn’t understand what it said, but he was reading it very, very well, in Greek and he was telling me what does it say and I was telling him, of course, what this small book says, which was for first-year students of Greek in primary school. In the second year, the teacher was replaced and he didn’t like the teacher and he started to do, to protest, he didn’t want to go, which is also an issue which many parents face even nowadays, he didn’t want to be going every Saturday after the whole week in school, to also go on Saturday to a Greek school and under the pressure in order to go play hockey, he went and played hockey on Saturday. And so, he stopped going to the Greek school but Byron, as well as all my children had this linguistic ability, let’s say, for languages, but they never learned Greek and I never insisted and I can say that, in a way, I regretted this later in my life, but I didn’t have the luck of marrying a Greek woman.
Informant:
Ioannou Pavlos
Place of origin / residence:
Athens
Current place of settlement:
Montreal