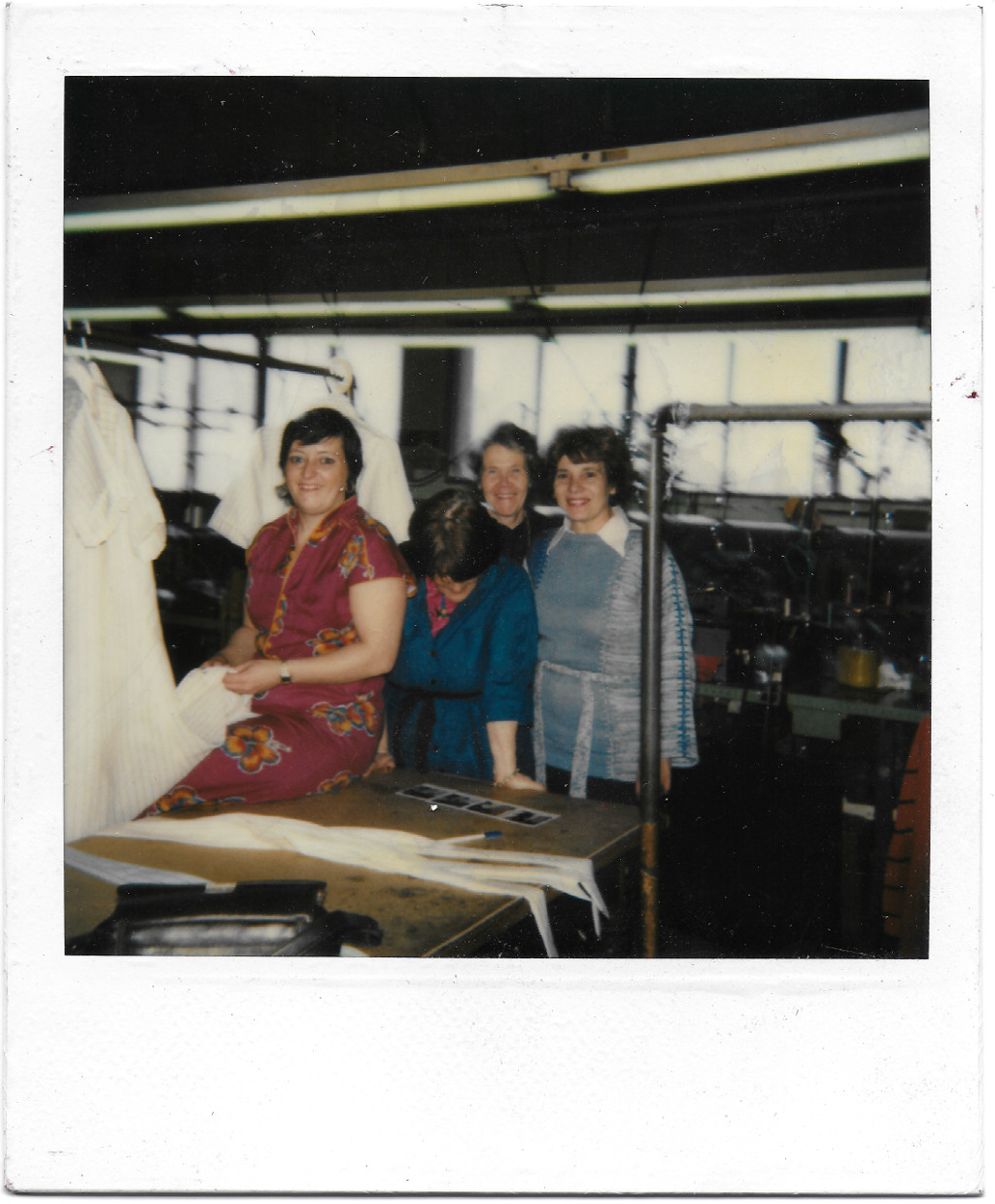 A woman describes the pleasant atmosphere in the factories and then work by the piece.

ΑΝ.: Yes, yes. So, my first job, then I went to the factory and I went to the factory I learned the machine and they gave me linings to make. On the first day I was sewing until I learned to secure them, they were getting cut. I was trying to pull them, they were all cut back in the machine. Sleeves, sleeves I was sewing. So, they were all cut and I was trying to make them into pairs afterwards because… I struggled, I got tired and… I didn’t want them to say I didn’t know. I was proud. Not selfish, proud. I wanted to accomplish each thing, to take it right away and do it. And, as I saw them cut, I say “Oh… now they’ll be saying… now, did she cut them all over there” (Laughs). Anyway, I made them. Imagine, the first week I got forty dollars. The first week that I got paid, I received forty dollars.
RE.: Were you being paid by the piece?
ΑΝ.: Yes, they had me by the piece because I didn’t know the machine. So, I had to… slowly learn the machine, they couldn’t pay me by the hour.
RE.: Yeah... And how were the conditions in this job?
ΑΝ.: They were good. Many of us were Greeks, we were laughing, we were listening to the radio show to Daperis who had the Greek program, we were listening to the radio it was very nice. But I didn’t work much out there. I worked for seven months. After I stopped, because when I was seven months pregnant, I had a pain in my kidney, I stopped going out for work. I sat home. When I gave birth, after forty days I started working at home afterwards. I took my son, I gave him to a woman, she looked after him for a while. A friend of mine. She also had a little one. And I went out for work again. Then I went and learned pockets, I went to another factory. I learned how to make pockets. So, and this mister is from Lachanada I’ll say it (Laughs) and when I asked for work, he didn’t have any work at that time and he tells an acquaintance of ours, my best woman ‘Ok, tell her to come, I’ll give her pockets and she won’t like them and she’ll leave, she won’t be able to make them. And she’ll leave”, because he didn’t have work. So, he shows me how to make the pocket and I made it instantly and he kept me in the job. I was working for many years, but then I was working at my home. Afterwards, when my daughter was born, I stopped and I was working at home.
Informant:
Anonymous
Current place of settlement:
Messenia
Current place of settlement:
Montreal